Spring 2020 | Art Fraud is Both a Science and an Art, Adrienne Bernhard, Open Skies Magazine, Emirates.

2 June 2020 | Pioneering DNA study reveals not all Dead Sea Scrolls are from Dead Sea, by Amanda Borschel-Dan, The Times of Israel

16 March 2020 | The Guardian, ​‘Dead Sea Scrolls fragments’ at Museum of the Bible are all fakes, study says​,Richard Luscombe

16 March 2020 | Haaretz​, ​After Dead Sea Forgeries Exposed, How Do We Know the Scrolls in Israel AreAuthentic?,​ Ariel Dav

16 March 2020 | Extreme Tech, ​All Dead Sea Scrolls Fragments at the Museum of the Bible Are Forgeries​,Joel Hurska

14 March 2020 | The Times, ​Museum of the Bible is told its Dead Sea Scrolls are cobblers​, Mark Bridge

14 March 2020 | Christian Post​, ​All 16 Dead Sea Scroll fragments at Museum of the Bible are forgeries​,Anugrah Kumar

14 March 2020 | Sputnik International​, ​All 16 Dead Sea Scrolls in Washington D.C.’s Museum of the BibleFound to Be Fake​, Lilia Dergacheva

13 March 2020 | CNET​, ​Museum of the Bible discovers its Dead Sea Scrolls are all modern fakes​, AmandaKooser

13 March 2020 | Relevant, ​Apparently All the Dead Sea Scrolls at the Museum of the Bible Are Phonies

11 August 2017 | Vietnamese Art Has Never Been So Popular. But the Market is Full of Fakes by Richard C. Paddock, The New York Times

3 August 2017 | One of Knoedler’s Rothko’s is Heading to a Museum – for a Forgery Exhibition by Sarah Cascone, ArtNet News

1 August 2017 | From a “Rothko” to a “Renoir,” New Exhibit Features Fakes that Fooled The Art World by Abigail Cain, Artsy

1 June 2017 | Fine exhibit of fakes at Winterthur has it all: money, obsession, hubris, deception by Stephen Salisbury, The Philadelphia Inquirer

30 May 2017 | Treasures on Trial: The Art and Science of Detecting Fakes by Karla Klein Albertson, Antiques and The Arts Weekly

21 April 2017 | Nowhere to hide: new tool brings technical firepower to the fight against fraudsters by Julia Halerpin, The Art Newspaper

13 February 2017 | Why auctioneers are buying into forensics by Melanie Gerlis, Julia Halperin, The Art Newspaper

1 April 2016 | Finding the Fakes  by Cathy Altar, The Oprah Magazine

12 October 2015 | Experts in the field of fakery by Philip Mould, The Daily Telegraph

1 September 2015 | Online art sales are on the up-and so is fraud by Dan Duray, The Art Newspaper

February 2015 | The Art of Deception: Forgeries and Fakes by Steve Gill, SLICE Magazine

14 November 2014 | Canton exhibit looks at fakes and forgeries in the art world by Laurie Huffman, The Review

19 August 2014 | Why eBay Is an Art Forger’s Paradise by Lizzie Crocker, The Daily Beast

17 May 2014 | The Battle Over by Jennifer Gould Keil, Modern Luxury Magazine

1 April 2014 | Intent to Deceive: Fakes and Forgeries in the Art World, On View Magazine

27 March 2014 | At this Massachusetts art museum, some forgeries are faker than others (but better not trust your eyes) by Jonathan Keats, Forbes

31 December 2013 | So Valuable, It Could Almost Be Real by Patricia Cohen, The New York Times

25 November 2013 | How A Polar Bear Hair Could Solve The Mystery Of Jackson Pollock’s Last Painting by Paige Cooperstein, Business Insider

24 November 2013 | A Real Pollock? On This, Art and Science Collide by Patricia Cohen, The New York Times

15 November 2013 | Art Under the Microscope by Helen A. Harrison, The Sag Harbor Express

12 November 2013 | More Evidence Come’s To Light On What Could Be Pollock’s Last Paintings by Viriginia Garrison, 27 East Springs News

31 March 2017 | New exhibit will bring out your investigative side by Action News, ABC6

13 June 2016 | Copying Art: Why do people copy famous works of art and who buys them?, The Why Factor, BBC World Service

26 August 2014 | Canton museum takes a closer look at forgery, fraud and the art of deception, by M.L. Schultze, WKSU News

6 April 2014 | In the U.S. an exhibition fake painting of the most famous artists incites great interest, Russia1 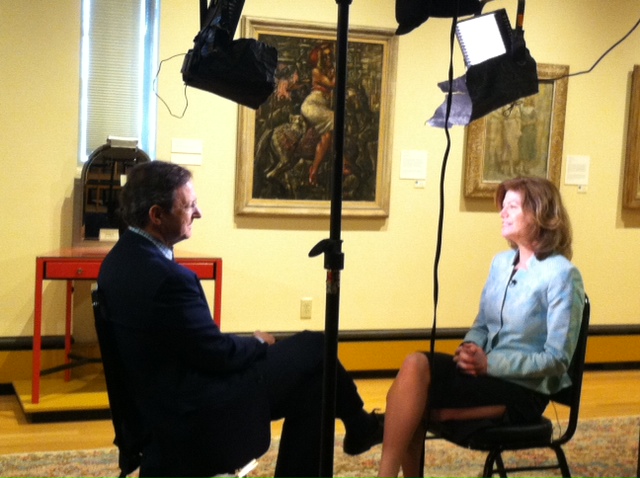