Intent to Deceive: Fakes and Forgeries in the Art World 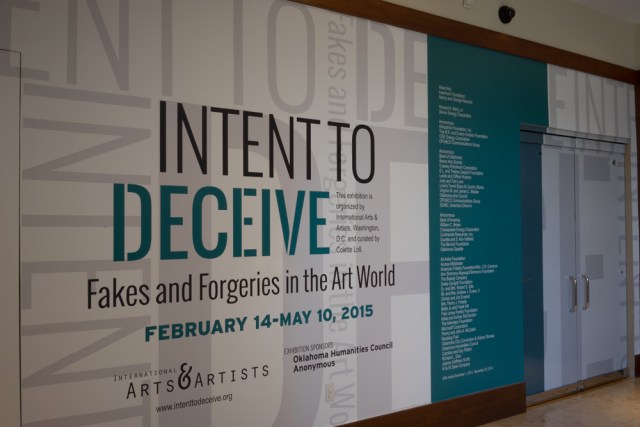 This groundbreaking exhibition highlights five of the world’s most notorious art forgers, whose collective influence spans much of the 20th century to the present day. Intent to Deceive illuminates their dubious legacies and examines how their talents, charm, and audacity beguiled and exploited art collectors, dealers and institutions, to an often-shocking scale. Han van Meegeren, Elmyr de Hory and Eric Hebborn all shook the art world with their exploits, garnering each of them worldwide notoriety – and sometimes untimely death, shrouded in mystery. More recently, John Myatt and Mark Landis have been in the news for their prolific and stylistically diverse art frauds, even landing one in jail.

Included in each forger’s profile are their “original” works, personal effects and ephemera, photographs, film clips, and materials each used to create these convincing artworks – materials which ultimately became the means by which experts unraveled their deceptions. Original works by artists including Charles Courtney Curran, Honoré Daumier, Raoul Dufy, Philip de László, Henri Matisse, Amedeo Modigliani, Pablo Picasso and Paul Signac are juxtaposed with these dubious works to test viewers’ perceptions of authenticity.

The ultimate question proposed by Intent to Deceive is whether the uncovering of a painting’s false history actually makes it any less a work of art. Does discovery of a fake change our relationship with a work of art? Admirers and collectors of the work of several contemporary forgers admit that they possess great works of art – no matter that they are forgeries. The brilliance and skill evidenced by these paintings are undeniable; in fact, their murky history, as well as the plot twists and human drama behind them, makes them all the more interesting. 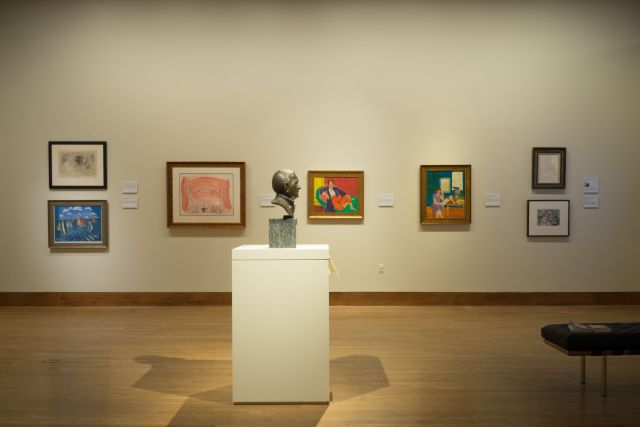 This exhibition was organized by International Arts & Artists and curated by Colette Loll.

To learn more about the exhibition please visit the online catalogue  at www.intenttodeceive.org

So Valuable, It Could Almost Be Real by Patricia Cohen, The New York Times
31 December 2013